Locksmithing is an ancient technique that is believed to have originated from Egypt over 4000 years ago. This trade combines multiple skills from different professions namely; security experts, mechanics, carpenters, and machinists.

A locksmith practices locksmithing and is responsible for making or repairing locks. In the early times, locksmiths were originally referred to as Blacksmiths since they only worked with steel. However, nowadays the profession has expanded to include other security features and trends such as forensic, commercial, mobile, and institutional locksmithing.

Despite the earliest signs of locksmithing having emerged from the Egyptians, the first serious attempt to improve the security of the lock was made in 1778 in England by Robert Barron. The English gentleman patented the double-acing tumbler lock which drastically improved the security of locks. A pin tumbler lock uses pins of varying lengths which prevent the lock from opening without the correct key. 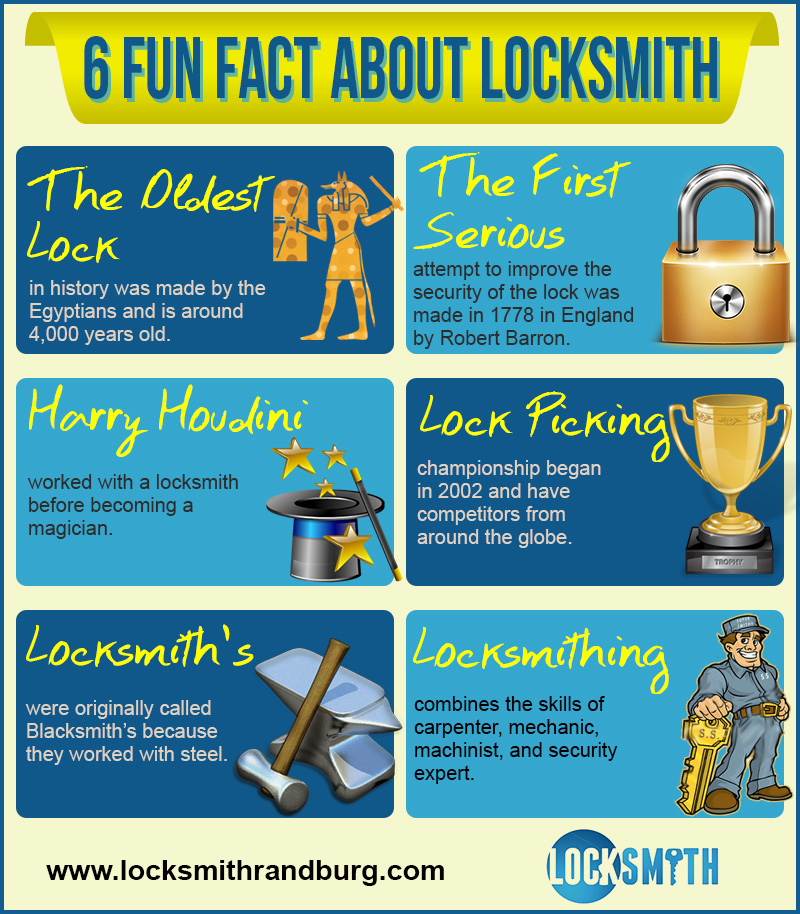 The Evolution of modern Locksmithing

Locksmithing has undergone through major changes ever since its inception. In the beginning, people used locks to keep their valuables secure and eventually started using them to lock doors. With the development of more successful designs and the onset of industrial mass production, locks could be used in areas that were accessed by many people as locksmiths could now replicate keys.
Locksmiths were then contracted by major companies, financial institutions, and government organizations to create custom safes that were bigger and more secure. These gradual developments and demand for improved security has seen locksmithing diversify with some locksmiths specializing on mechanical locks while others settling on digital locks.
Technology has played a major role in the transformation of the way locksmiths used to work. Nowadays, it is just as essential to install electronic security systems, doorbells, security cameras, as well as burglar proof bars. The modern locksmith has had to adapt these skills to stay relevant in the market.

There are quite some notable things that have happened throughout the development of locks. A locksmith competition was started in 1817 to encourage locksmiths to develop more secure locks and it was won by Chubb, who developed the Chubb detector lock –which a lock picker failed to open after 3 months. In 2002, a lock picking championship was formed and has since attracted thousands of competitors from around the globe.

Also, one of the most famous locksmiths, Harry Houdini, used to be a magician before becoming a locksmith. One of his notable stunts included being locked with chains and locks and later freeing himself without using keys. He also challenged police officers to lock him up with cuffs a couple of times and would release himself to the amazement of the audience.

Check Out Our Social Media Following!

Recommend this on Google+

Why Use Our Services?

All Types of Lock & Key